Say goodbye to the old and welcome the new;

The Year of the Monkey returns, and the festival is a new year for everything in the world.

On the morning of January 30, the company was full of joy. In order to enrich the spare-time cultural life of the company's employees and create a positive, healthy and harmonious corporate cultural atmosphere, the company's trade union, the Youth League Committee and the Fourth Hospital Trade Union and Youth League Committee jointly organized the 2016 Spring Festival Fun Fair, in such a way of getting together and having fun. The prelude to celebrate the arrival of the new year was opened. The activities were held at the Tianjin Headquarters and Luoyang Fourth Hospital, and nearly 1,000 people participated in the activities. In the event at the main venue in Tianjin, Zhang Huiyi, deputy secretary of the company's party committee and deputy general manager, and Huang Zheng, chairman of the labor union, attended the launching ceremony of the event. President Zhang expressed his gratitude to the company's employees and their families for their hard work in a warm language. I would like to extend my best wishes for the new year, and at the same time, I would like to encourage all employees to stand at the starting point of the new stage of the company's development, make concerted efforts, move forward bravely, and create greater glories.

The theme of this year's New Year's Fun Fair is "Happy Communication, Unlimited Love". After careful planning, a total of more than ten fun mini-games, such as catching bouncy balls, guess what you draw, happy darts, and back ball relay, were designed. These knowledgeable, interesting, and entertaining game projects have attracted many employees and their families to participate. There are long queues in front of each game booth, ranging from senile old people to straightforward and lovely young children. Everyone was enthusiastic, full of interest, and pooled their efforts, showing a happy scene.

In the maker space on the second floor of Block B of Tianjin Headquarters, there were crowds of people, and the flaming red lanterns reflected a festive and peaceful scene. The employees and their families shared happiness in different games and gained joy. In the event of catching the bouncy ball, lovers join hands, mother and son unite, and even two generations of grandfather and grandchildren participate in the activity, cooperate with each other, and win the lottery; in the game of finger pointing, the children respond quickly and quickly understand the explanation of their parents , and successfully answered every question correctly; in the happy ping pong activities, employees and their families can be said to "blow their lips, sing and roar, and show their abilities", blowing the ping pong balls into the barrels in the distance; in the chopstick competition, there are more The family of three went into battle together, raising and dropping chopsticks in their hands, so that the chopsticks in their hands accurately fell into the bottle; of course, there was also a traditional hooping game that was loved by the family members of the employees. The employees and family members who stopped to watch saw that the people who participated in the activity in front received it. The lottery tickets were also lined up eagerly, and the scene was very lively; the activities of rolling money, big appetite and blindfolded nose also received enthusiastic responses from the majority of employees and their families. Everyone held the lottery tickets in their hands, and after playing one game and rushing to the field, they hurried to line up in front of another game, waiting to show their talents again. Every game was crowded with participating and watching employees, and every game venue was filled with laughter and laughter from time to time. At the end of the event, the participants happily exchanged the prizes and brought home one by one full of heartfelt holiday gifts.

In the "Employee's Home" on the 7th floor of the new comprehensive building of the Fourth Hospital of Luoyang, employees and their families shuttle between different games. In the activity of crossing the creek, cheering and cheering were heard, and everyone used their hands and feet to coordinate to win; in the fun game of back-ball relay, each group of contestants clipped the ball back to back, cooperated tacitly, and ran to the finish line; squatting in the fruit In the activities of squatting, happy darts and stepping on balloons, employees and family members also showed their magical powers across the sea and won lottery tickets through their strength. With enthusiasm for participation and a relaxed mood, everyone exchanged the lottery coupons in their hands to their favorite prizes in laughter and laughter, returning with a full reward.

In order to advocate the concept of public welfare for everyone, carry forward the spirit of volunteerism, pass on love, and make "love" a habit, while organizing the event, there is also a love donation box at the scene of the fair. During the event, hundreds of yuan donations are received and will be used. In the future, it will be donated to children in poverty-stricken mountainous areas.

The event was held in Tianjin and Luoyang at the same time. It lasted for three hours. The work of the whole event was carefully organized, and every link was well-organized. Through the activity, we would like to express our gratitude to the family members of the employees for their long-term support and understanding of the company, and also allow the family members to truly feel the positive, healthy and harmonious corporate culture atmosphere through the activity. A family member of an employee said happily: "It's great that the company can hold such an event. It's New Year's Eve, let everyone get together to relax, it's very lively and very happy, and it also makes us feel the warmth of the big family of China Automobile. "

The three sheep are in Tai, and people are blessed with five blessings and go away in the spring;

Ten thousand monkeys are reformed, and the great luck will come with the sun.

The atmosphere of the 2016 Chinese New Year Fun Fair was festive, lively and very active. These popular traditional activities not only enrich the cultural life of the employees before the festival, but also let everyone experience the strong "New Year's taste", which deepens the friendship between colleagues, enhances the sense of belonging of the employees, and enhances the cohesion of the company. , centripetal force, effectively creating a more united and harmonious corporate atmosphere, showing the healthy and upward spiritual outlook of the company's employees. Standing on the new starting point of "The Second Five-Year Plan has ended successfully, and the three entrepreneurships have set sail boldly", everyone said that in the coming Year of the Monkey, we must work harder, work hard, and contribute more wisdom and wisdom to the company's brilliant tomorrow. strength! 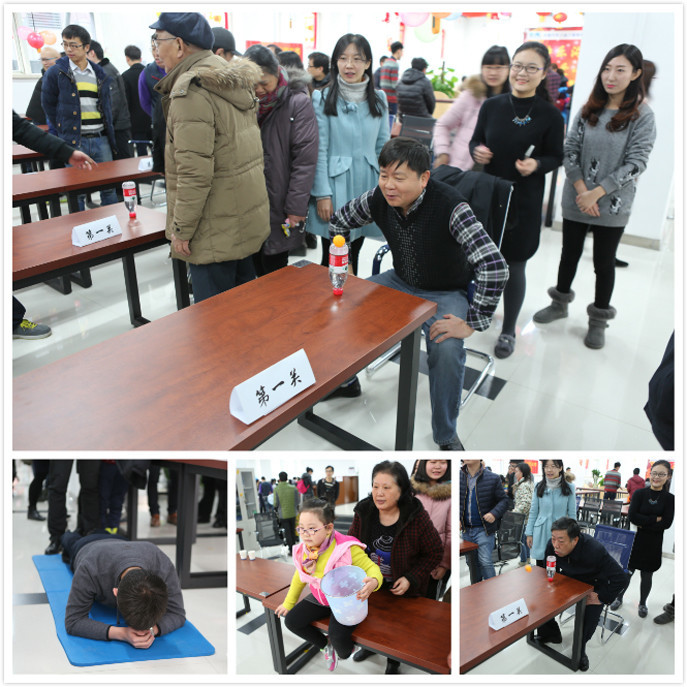 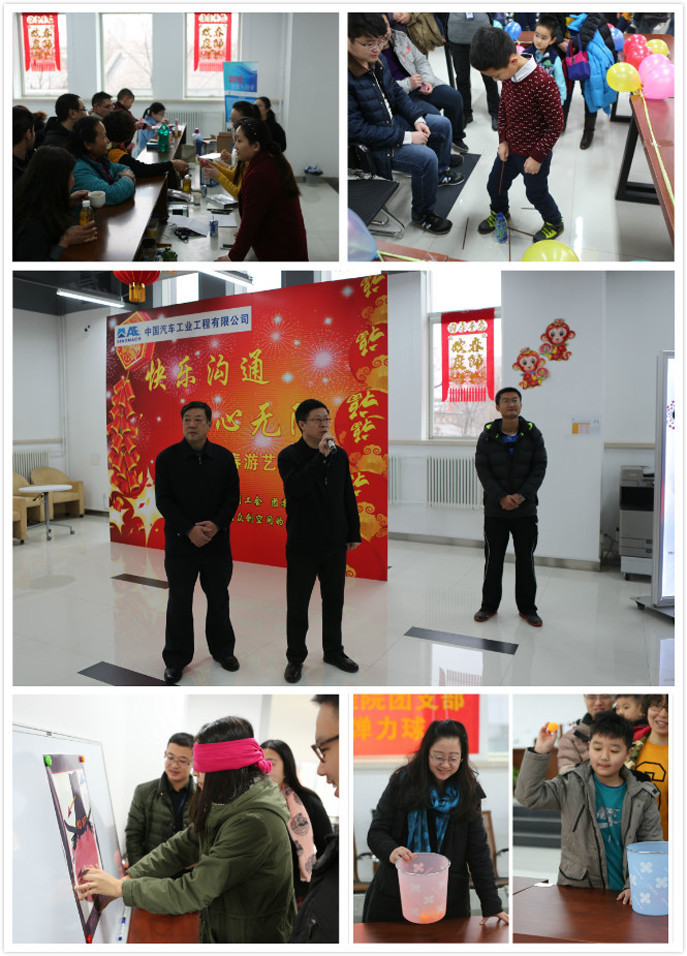 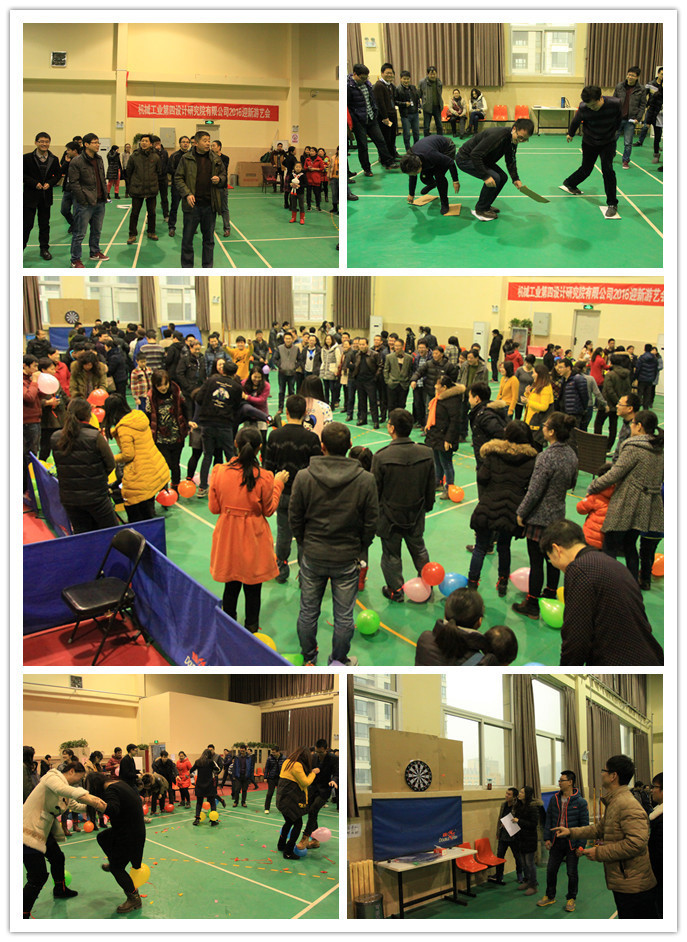